Lagniappe derives from New World Spanish la ñapa, “the gift,” and ultimately from Quechua yapay, “to give more.” The word came into the rich Creole dialect mixture of New Orleans and there acquired a French spelling. It is still used in the Gulf states, especially southern Louisiana, to denote a little bonus that a friendly shopkeeper might add to a purchase. By extension, it may mean “an extra or unexpected gift or benefit.”

The Legend of the Crawfish

Legend has it that the lobsters that were native to Acadie (Canada) loved the Cajuns so much, they followed them all the way down to the swamps of southwest Louisiana and on the way, the crustaceans lost so much weight that they ended up a miniture version of themsleves. Today they often go by the nickname of “mudbugs” by their beloved Cajuns.

Cajun-Creole Cuisine Robust, inventive cooking by the Acadian-Creole settlers of the bayou country, based on resourcefulness, using of available ingredients and “making do” in artful ways.

Crawfish Etoufee (a-2-fay) A method of cooking crawfish in chopped onions, bell peppers, garlic and parsley over a low flame in butter until tender.

Gumbo (gum-bo) A soup-like mixture made with roux, including meat and/or seafood, commonly available in lower Louisiana.

Roux (roo) A mixture of flour and vegetable oil, cooked on a low flame until it is dark brown, then used for gumbos and various other gravies or sauces.

Shrimp Creole (kree-ole) A Fresh gulf shrimp cooked in a thick, sharp flavored sauce made with roux and tomato sauce, highly seasoned and simmered for hours. 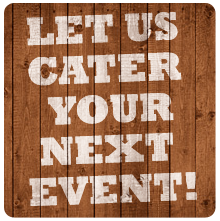